The French Press an easy way to get a strong coffee

What about soluble coffee? 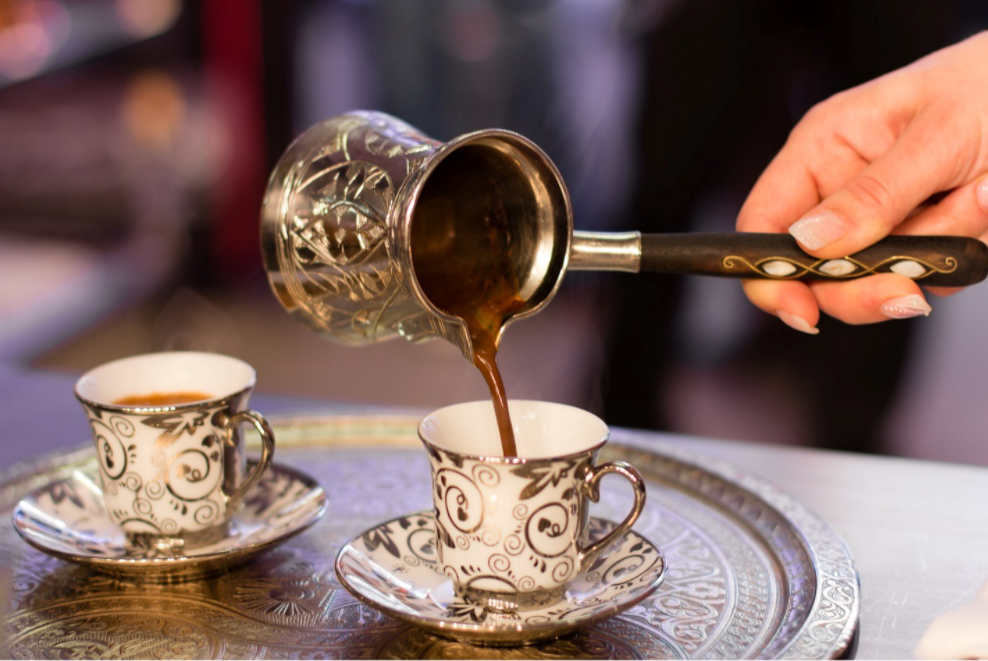 To speak of Turkish coffee is to travel hundreds of years in the history of the favorite beverage of millions in the world. It is the first method of preparation and was the starting point for the massification of coffee, first in the Middle East and from there to Europe.

There are various versions about the origin of Turkish coffee. The most distant records place it in the 1600’s when an Ottoman governor presented the beverage to Sultan Suleiman the Magnificent, in whose palace it began to be prepared in a novel way.

It was a double innovation: a method of preparation (infusion) and the first coffee pot. Known as a cezve, the coffee pot consists of a container with a wide base and a narrow mouth, made of metal (copper or brass) and with a long handle (usually made of wood).

In the cezve, also known as ibik, the Turks placed the ground coffee until it was very fine, added water and placed it over burning coals. This is how they obtained the beverage and it was in this way that its consumption was extended, giving origin to traditions and customs that persist to this day.

Turkish coffee is not filtered and is made with a very fine grind, almost powdered, and in the cup it can have a slightly sandy texture. Its color, aroma and flavor have made it a specialty.

Currently it is still a method of preparation and cezve coffee pots are available in many places with attractive designs. In 2013 Turkish coffee was declared by UNESCO as Intangible Cultural Heritage of Humanity.